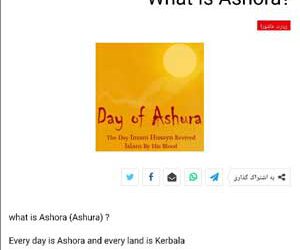 what is Ashora (Ashura) ? Every day is Ashora and every land is Kerbala

This site is dedicated to Hussain ibn Ali (A), the Grandson of the Prophet (S),and his sacrifice for Islam at Kerbala.

What is Ashora ?  In the month of Muharram ۶۱ AH (approx. 20 October 680 AD), an event took place in Iraq at a place known as Kerbala on the bank of the river Euphrates. It seemed in those days insignificant from the historical point of view. A large army which had been mobilised by the Umayyad regime besieged a group of persons numbering less than a hundred and put them under pressure to pay allegiance to the Caliph of the time and submit to his authority. The small group resisted and a severe battle took place in which they were all killed.

It appeared at that time that like hundreds of similar events, this battle would be recorded in history and forgotten in time. However, the events that occurred on the 10th day of Muharram in Kerbala were to become a beacon and an inspiration for future generations. In this article, we shall examine briefly the principal adversaries. 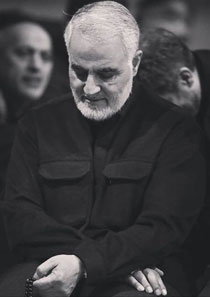